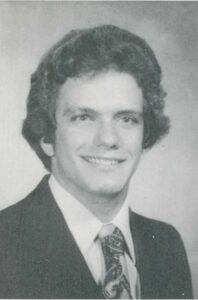 Several years ago, Charlie Daniel ’80 and his wife, Melissa, began identifying different nonprofits and charities that they wanted to impact. They knew they wanted to target schools: “Education is just critical, and scholarships enable people who wouldn’t otherwise have the opportunity,” Charlie says. In that spirit, they donated $100,000 last spring to establish the Charles T. ’80 and Melissa J. Daniel Scholarship Fund at Lafayette. Shortly after, they gifted a similar grant to Rutgers University—Melissa’s alma mater and where Charlie’s father was a longtime economics professor—to assist students. “We’ve been blessed with the ability to help somebody get an education,” Melissa says. “That was the biggest catalyst to start the scholarships.”

The couple, who live in East Brunswick, N.J., are also major supporters of the Community Food Bank of New Jersey. “Shelter, education, and food are some of the basic necessities to help people get ahead,” says Melissa, adding that those things are particularly important right now due to the challenging economy. With that in mind, they recently amplified their philanthropy: Half of their entire will is arranged to be donated to various charities. One recipient, Lafayette, will eventually receive 10% of their assets, which will support their scholarship.

Charlie was drawn to Lafayette’s charm even as a teenager. His family owns a farm in northeastern Pennsylvania, and he often passed through College Hill to get there. “I was intimately familiar with just how beautiful this campus was from the time I was 13 years old,” he says. (He still regularly drives through Lafayette on his way to the farm.) Its location was convenient for another reason—Charlie wanted to be close enough to visit his mother, who had become widowed, in New Jersey on the weekends.

Additionally, Lafayette was the only school he applied to that offered AB engineering (now called engineering studies), or a fusion between engineering and liberal arts. So, in addition to learning engineering, he also explored electives like economics, accounting, sociology, and Chinese history. Off campus, he was heavily involved in the WJRH campus radio station and spent a lot of time as director for its music and programs. “Up on the Hill, you had about 20,000 people in the listening area,” Charlie recalls. He forged personal relationships with several professors—“There’s a nurturing feel to the faculty,” he says—especially with his academic adviser, Ed Krick, and B. Vincent Viscomi, head of the civil engineering department.

Lifelong learning has been a constant for them. Charlie got his master’s degree studying transportation and transportation engineering at MIT. Later, he went to the NYU Stern School of Business to strengthen his knowledge of business, tax, and law—tools to use in his family’s real estate business in New York, which included businesses like Duane Reade. “I needed to know the things to run a real estate business,” he says.

Understanding the value in their own education has inspired them to help others earn degrees. Even better, their scholarship was matched through the President’s Challenge for Financial Aid, which allowed them to stretch their original $100,000 gift with an additional $50,000. The funds will make the difference in a difficult situation, whether it’s buying semester textbooks for one student or paying off tuition balance for another. Because at Lafayette—and plenty of other institutions—there are students trying to make ends meet. They need temporary, but immediate, relief, perhaps due to an illness, death in the family, or other unforeseen difficulties. “It can be a bridge grant,” Melissa says. “We wanted to try and help as many people as we could.”