Thanks for Sharing Your Story!

Thank you to all who have shared your Lafayette stories in honor of Founders’ Day on March 9.

Who is/was your favorite professor? 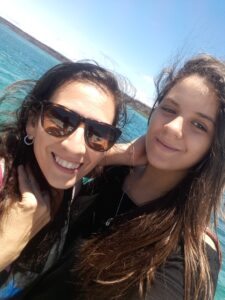 “My favorite Lafayette professor was the late B. Vincent Viscomi, Ph.D. He was such a kind and giving teacher. [He] had all the time you needed not only to discuss classes but the future. He was so knowledgeable, yet so accessible. He inspired me to go into the field of structural engineering.”

“Dr. Clay Ketchum was an amazing woman both personally and professionally. She had the ability to help you see your potential and grow. Her leadership of the Education Department and example as a woman with a leadership position, perhaps first woman professor at Lafayette, set a high standard.” 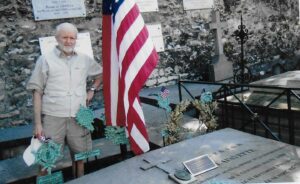 Edward Auble ’61 at Marquis de Lafayette’s grave in France in 2011.

My story is about Larry Resnick who came to Lafayette in ’58 after completing his doctorate in Philosophy at Cornell. I took his course on Philosophical Investigations, a study of Ludwig Wittgenstein. Over the years, I have said that I could have foregone the other 39 courses; he taught me to think.”

“Professor Andy Fix! He led our study abroad program to Brussels in 1989. His passion and knowledge of European history and culture was incredible. Because of him I correct everyone who pronounces “gouda” cheese the wrong way!”

“My father, Hugh H. “Stoney” Jones, was [a member of the] Class of “27. He was on the football team and later in life, he was a trustee at the College. He was also a member of the Phi Delta Theta. I was assigned a Bond number of 704 and when I leafed through the Bond Book I saw dad’s number was 407.”