Supporting the Next Generation 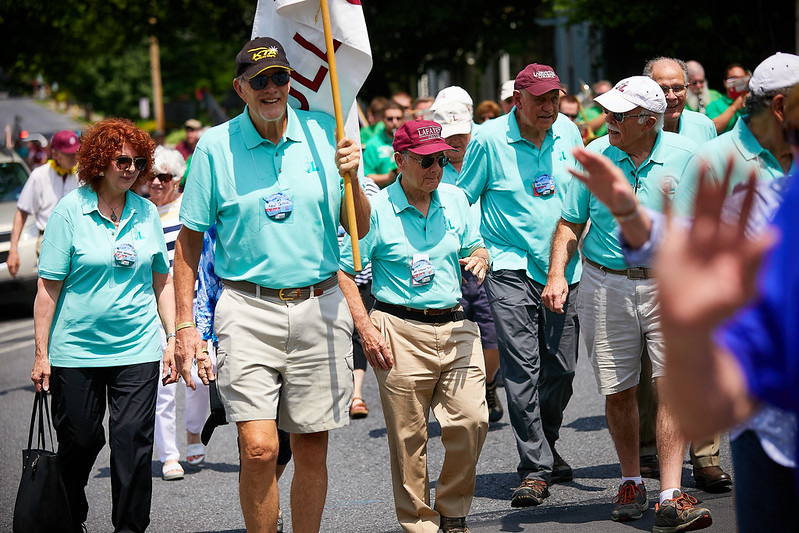 Rising above failure is one of the most memorable teaching moments for Kenneth B. Tator ’63 when he thinks back to his undergraduate days at Lafayette. “I never failed anything in high school,” says Tator, who earned a B.S. in chemical engineering. “But when I was unsuccessful in a class at Lafayette, I learned that major disappointments do not have to be devastating. The sun rises the next day, people go about their business, and you have to move beyond those personal moments and try again. This lesson has continued throughout my life.”

Tator also learned this valuable lesson from his father who too was a chemical engineer.  Tator Sr. had attended MIT and subsequently launched his own business, KTA–Tator, Inc., which specializes in coatings and corrosion engineering and inspection, among other offerings. But this career path was not in the cards for Tator when he graduated from Lafayette. Due to the existing military requirement at the time, he had no other option but to enroll in the armed services. He ultimately joined the Navy, was later assigned to the Marine Corps, and rose to the ranks of lieutenant. But what happened next permanently altered the direction of Tator’s future.

“I remember my father visiting me at Camp Lejeune and asking what my plans were when my service was over,” says Tator. “I said, ‘Well, I’ve worked for Scott Paper before joining the Navy and the Marine Corp., and I don’t know if I can rise very high in a large organization. I think I would like to come work for your company, and be a large fish in a small pond rather than a small fish in a large pond.’ My father said, ‘Well one of us is going to have to learn to run a company and it ain’t gonna be me.’ ”

Tator subsequently applied to Columbia University, earned an MBA, and in 1968, went to work with his father. Unfortunately, his father succumbed to a heart attack two and a half months later, and Tator took the helm of KTA–Tator, Inc, having just turned 28 years old. After a rocky start, the company began to grow and become very successful and Tator wanted to acknowledge both the undergraduate and graduate education that had aided in his success. “I absolutely want to give back to Lafayette. There is no question,” explains Tator.  “President Byerly has done an exemplary job and Lafayette has become a much stronger institution. I want to help where I can.”

Where Tator sees the greatest need is scholarships and the ability to help students who otherwise wouldn’t be able to afford the type of education that he experienced. As such, Tator, and his wife Maureen, created a provision in their will that will support an endowed scholarship – the Kenneth B. ’63 and Maureen Tator Scholarship Fund for engineering students.

The Tators appreciate the ability to experience the benefits of giving back in the present, including the opportunity to meet the recipients of their scholarship if they so choose. They are also uplifted in the fact that their estate will ultimately support even more students in need in the future. “It is enjoyable to know that we can provide students with this great opportunity to attend a school like Lafayette even if they couldn’t afford it,” says Tator.

Learn about bequests, as well as other ways to support Lafayette, on the College’s newly designed Gift Planning website.