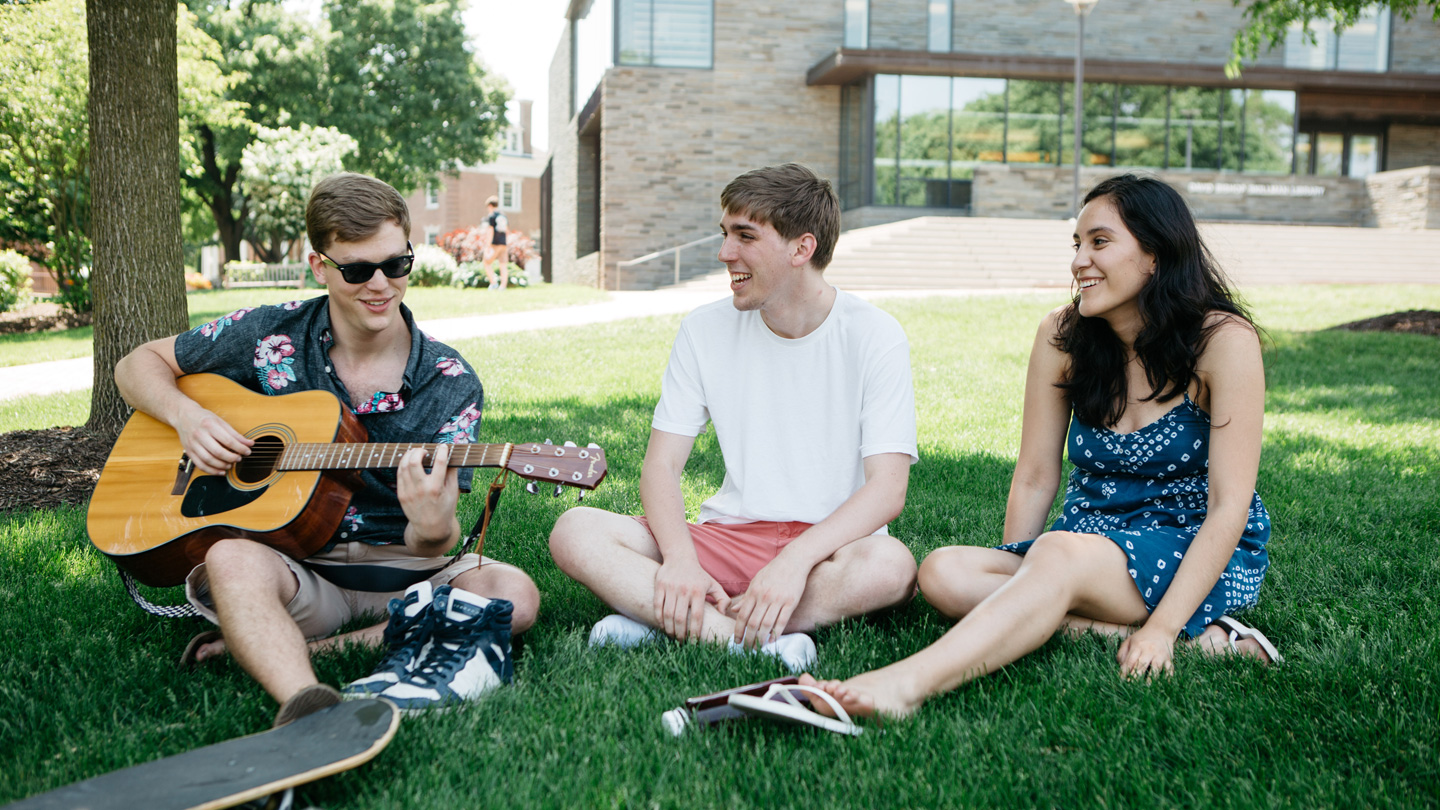 Chris Ulyett ’17 played with music legends as a member of Lafayette’s Jazz Ensemble, including Bob Dorough, the composer of Schoolhouse Rock.

“We got to play ‘Conjunction Junction.’ Bob Dorough was the nicest, most energetic guy,” he says.

Ulyett also played with jazz great Phil Woods, one of the foremost alto saxophone players before passing away in 2015. He performed “Billie’s Bounce” in a quintet with Woods.

“The song wasn’t rehearsed, so it was pretty exciting figuring everything out on the spot and soloing,” he says.

Ulyett learned to play the piano and guitar from a young age. From eighth grade into college, he also played and wrote for a band, Final Warning, which toured the college circuit. But when he arrived at Lafayette, he had never played jazz. An acquaintance invited him to join the Jazz Ensemble, which welcomed him.

“My first concert was kind of rough,” says Ulyett. Three semesters of jazz piano and jazz guitar lessons later, he was up to speed. He’s now the ensemble’s assistant director. 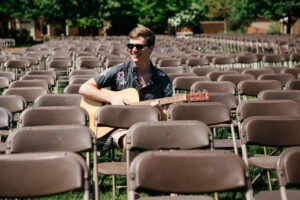 Much of Ulyett’s academic work has also focused on music. A term paper on the history of jazz with Professor Anthony Cummings traced the influence of early recording technology on the evolution of jazz. The wax cylinders used in early recordings could not record a string bass, so a tuba was substituted, changing the sound of the pieces. According to Ulyett, early film increased the popularity of jazz, but simplified its structure.

This fall, Ulyett worked as Cummings’ research assistant, transcribing Italian Renaissance sheet music into modern notation. Their project examines why two Italian Renaissance genres of love song that are musically distinct, the frottola and barzelleta, have identical lyrical structures. They will continue the research this spring and plan to publish it.

Music is not Ulyett’s only interest; he is also an economics major. He initially thought of working in the music business but decided against it after an externship turned him off. He credits the experiences he has had through the Gateway Career Center program with helping him set his career path.

“Gateway has really afforded me a lot of opportunities to make connections with alumni as well as a lot of really positive experiences given by alumni externships,” says Ulyett. 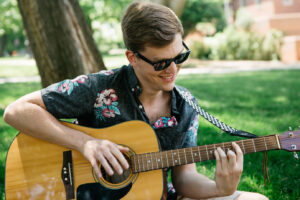 Ulyett is grateful for the scholarship provided through the family of Leslie Freeman Gates 1897, which he says played an integral role in making possible one of the most valuable experiences of his life.

“It’s an incredibly generous gesture that gives me a deep sense of appreciation for my education and a sense of responsibility to help other students like me in the future,” he says.

Ulyett is working as a management trainee at Language Services Associates, a translation and interpretation company for international businesses. But he does not intend to give up music. He plans to continue playing in church and other venues.