After Jack Whiteway ’65 finished his academic career at Lafayette, he got another education while serving in the U.S. Army in Vietnam. He learned to understand the nuances of the military and to use field ingenuity to accomplish key tasks.

“I had two senior NCOs, warrant officers, who took me under their wings to show me how the game is played in the military,” says Whiteway, who was a first lieutenant in the Army’s 58th Transportation Battalion during the Vietnam War. “When you’re in the military, you never ask. You just do. It was really a fantastic learning experience.” 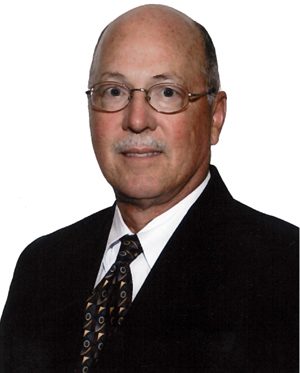 Whiteway used what he had learned and mixed in some resourcefulness to benefit his unit, which hauled ammunition, booze, cement, and more on the highways and mud roads from Vung Tau to Tay Ninh. He explains that Vietnam has two seasons: the dry season, when the dust is like talcum powder, and the rainy season, when the earth turns to mud.

“Because of this, the men always had problems getting underneath their trucks to grease and lubricate them,” he notes. “Nobody wanted to do it.”

At one point, a mobile cement plant was brought into the unit. Whiteway and one of his sergeants met with the young lieutenant in charge of the plant.

“I told him that I needed cement and asked him what he needed,” recalls Whiteway, who grew up in Haddonfield, N.J. “He said he needed a Jeep. I commandeered one for him and he gave me all the cement that I needed.”

Using the cement, steel drums, and steel plating, Whiteway designed and built a grease rack that could accommodate two trucks at a time, and men could walk underneath to grease and lubricate their trucks. And because the unit operated 24 hours a day, Whiteway used 1,000-watt lightbulbs from the stockade and a generator to provide ample light.

“At night, we flipped the switch and the place lit up like Connie Mack Stadium,” he says. “We became the number one company in the battalion for vehicle maintenance and for keeping trucks on the road. We had a unit that ran like a top, and the men had everything they needed to get the job done. That was one of the highlights of my time there.”

Another highlight was more personal. Whiteway’s roommate in the Phi Gamma Delta fraternity at Lafayette was Craig Higgins ’65. By fate, the two were stationed merely a mile from each other in Vietnam.

“Craig and I were both in ROTC at Lafayette and he went into the Army’s medical corps,” Whiteway says. “It was ironic that we went around the globe and wound up so close to one another.”

Whiteway visited Higgins often. The draw? In addition to spending time with his friend, he enjoyed a comfort provided in Higgins’s unit.

“The food that came into Vietnam was always the same no matter where it went,” Whiteway says. “Our guys didn’t know how to make it, but with the way the guys in Craig’s unit prepared the food, it was like eating at the Waldorf Astoria. Their food was spectacular. Whenever I had the opportunity, I would jump in the Jeep and go over to Craig’s unit to eat.”

Despite finding out later that he had been poisoned with Agent Orange and subsequently was diagnosed with diabetes, Whiteway is proud to have served his country and remains amazed by the capabilities of the U.S. military.

“Had the politicians stayed out of it, we would have won the war in a heartbeat,” he says. “The United States military can accomplish whatever it wants, but only if it’s allowed to do it.”

At the end of his tour, Whiteway returned to the United States and proposed to his girlfriend. Jack and Diane Whiteway have been married for 49 years and have two children. They live in New Jersey, where he has built a career in the financial services industry.

Even with all he learned in Vietnam, Whiteway said it was his academic education—not his military one—that served as the foundation of his career success.

“My career is as an investment broker,” says Whiteway, who is a senior vice president at Morgan Stanley. “I don’t sell bread, I don’t sell lumber, and I don’t sell steel. I sell ideas, so I had to learn how to articulate and present to clients so they could understand these ideas without them going over their heads. The public speaking and English courses I had in elementary school, high school, and college helped me to develop the ability to articulate these ideas.”

Whiteway loved Lafayette from the first time he stepped on campus. He recalls his recruiting trip, when he met coach Lou McNeill and members of the swim team.

“They treated me royally and made me feel incredibly comfortable,” says Whiteway, whose father was chemistry graduate Philip Whiteway ’37. “It made the decision to go to Lafayette instead of Dickinson or Delaware very easy.”

Whiteway excelled in the pool. A two-time captain of the swim team, he won a gold medal and set a college record in the 200-yard breaststroke at the 1963 Mid-Atlantic Championships as a sophomore.

“The breaststroke was different then,” Whiteway explains. “You couldn’t duck your head under water. With every stroke, your head had to be above water.”

He also set a Lafayette mark in the 100-yard backstroke, finishing second, and was a member of the gold medal-winning 400-yard medley relay team that set another school record. Whiteway was named the team’s Most Valuable Swimmer.

He looks back on his Lafayette experience—from the friends he made to his swimming career to the “outstanding professors” he had as an economics and business major—with great fondness. Because of this, Whiteway decided to make a large will provision to Lafayette that is earmarked for the College’s general fund.

“Lafayette was very good to me,” he says. “The College gave me a great education and an excellent foundation for my life. Everything that happened to me at Lafayette was terrific, and I had a great, great four years.”