From Failure to Success

Although he didn’t know it at the time, it was on a bus trip during high school that Harlow Waite ’57 saw the beacon to his future. Sitting in his high school math class—a class that he consistently aced—his teacher tapped him on the shoulder.

“He said that there is a group of engineers at General Electric in Schenectady who would like to take students to visit Lafayette,” Waite recalls. “In those days, Lafayette was about 75 percent liberal arts and 25 percent engineering, but the school wanted to get more into the technical side of education.” 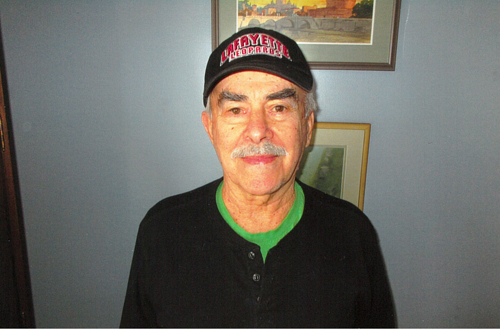 Waite’s parents drove him from their home in Gloversville, N.Y., to Schenectady to meet the GE engineers and other students taking the trip.

“The students were from high schools in Albany and Schenectady and Troy,” Waite says. “There were about 10 of us, and we all were good scholars and athletes. The engineers drove us to Lafayette for the day, which took about three hours each way.”

Upon arrival in Easton, Waite liked what he saw and heard. The campus was bustling with students playing football and softball on the quad, and he learned about the school’s math and engineering programs.

“Everybody we met was so pleasant, and I could see myself attending Lafayette,” Waite says.

Despite being accepted to both Rensselaer Polytechnic Institute and the University of Rochester, both of which were closer to home, Waite decided to study at Lafayette because it was a great fit.

“Lafayette also gave me a scholarship,” he says. “I took that as a promise, and felt if Lafayette would help me with my education, I would try to give them an excellent start in the technical side of their college. I was inspired to make good on that promise, and I tried to uphold my part.”

Waite did, earning a degree in civil engineering and, after a stint in the Army, entering the management program at AT&T.

“It was a great career because the technology would change, and it was like going back to school every two years,” he says. “I held a variety of management jobs, and I ended up at corporate headquarters in New York City for my last 10 years.”

However, it was during his time in Poughkeepsie that Waite took on his biggest challenge. He was asked to resuscitate a flailing business office there that ranked 14th out of the company’s 15 offices. The Poughkeepsie office, Waite notes, had enormous accounts with millions of dollars being billed, but problems with collections persisted.

“We weren’t passing the money fast enough, and we were being graded on that,” he explains. “We were also graded on the amount of money that we didn’t collect and on our productivity.”

Waite threw himself into reading the company manuals—a task made easier because he took two speed reading courses at Lafayette—and discovered allowable procedures that could boost the office’s bottom line.

“As a new manager, I could ‘dump’ the money one time and come out with a clean slate,” Waite recalls. “Also, the representatives and clerks could be put in training, and it wouldn’t count against our productivity.”

Taking advantage of these allowances, he says, was a catalyst for his success, and within a year, the Poughkeepsie office became the second ranked in the company.

“The job came easy and, to me, it was like falling off a log,” says Waite, who also played semi-pro baseball for the Johnstown Athletic Club. “I felt well prepared for my career. Lafayette gave me a great foundation. But I was lucky, too. I was born in 1934, so there weren’t too many of us. It was easier to go to college and easier to get a job. I loved my work at Verizon, but I hit it right with the buyouts, and I could retire without penalty. When I retired, I had no debts. The house and college for my four children were all paid for.”

Waite decided to make good on the promise that he says Lafayette made to him by using the minimum distribution from his IRA to establish his campus legacy in the form of an endowed scholarship fund. He is also leaving money in his will to augment the fund at the time of his passing.

“The purpose of my giving is to fulfill the promise that I had in my heart for Lafayette, and also to help somebody else based on scholarship and need,” Waite says. “I loved everything about Lafayette, and just as the school helped me, I want to help the school give someone who needs it that experience.”