Care From Life’s Start to its End 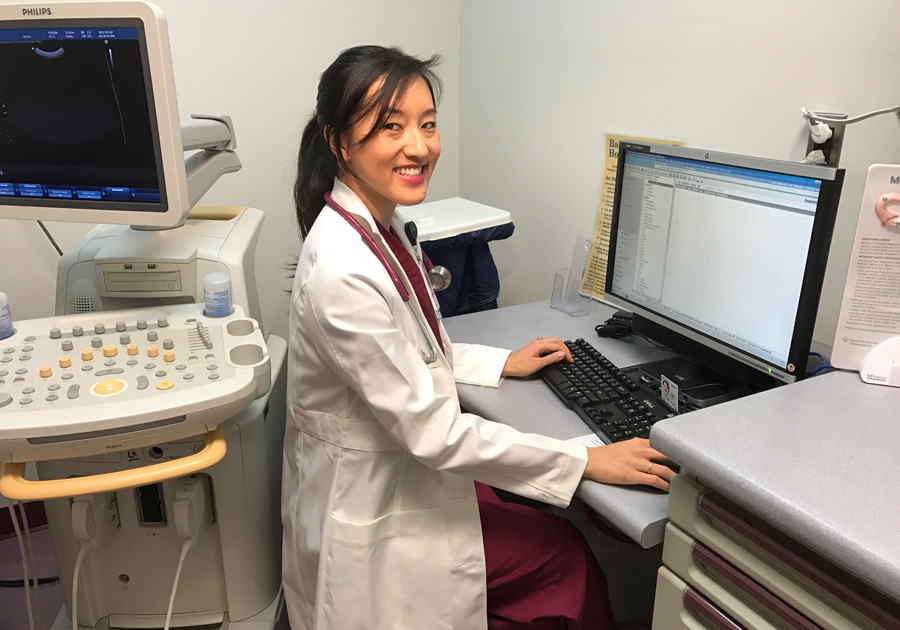 While the young doctor and army captain discovered the dizzying array of medical specialties and subspecialties during her training at Dartmouth’s Geisel School of Medicine, where she enrolled after graduating with a degree in neuroscience, working with mothers and their families captured her heart. 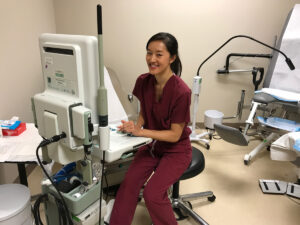 “The first delivery I was in, I actually cried,” she says. “It was such a beautiful experience. The parents had had three miscarriages, and with this birth they were so happy.”

While babies drew her in, Kikuchi soon appreciated the breadth and power of her specialty.

“Obstetrics and gynecology is so wide ranging,” she says. “It involves primary care and surgery, and the patients range from adolescents to women in their 70s and 80s and beyond.”

“A lot of women don’t want to see an OB/GYN,” she continues. “Usually something brings them there. It’s a sensitive time in their lives. They might want to get pregnant or they may have an infection that they’re embarrassed about. I can be an advocate for women’s health.”

Learn how the President’s Challenge for Financial Aid will help students like Kikuchi.

Watch a video feature created in the summer before Kikuchi’s senior year at Lafayette.

That advocacy extends to life and death. Kikuchi says one of her most powerful moments was during a rotation in gynecologic oncology, when she was treating a 47-year-old woman dying from uterine cancer. 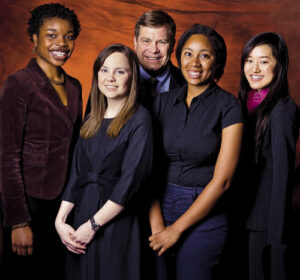 “I was part of a team taking care of her the last two weeks of her life,” she recalls. “It was a rough time, but I wanted to be there taking care of her. I’ll never forget the day she died. Afterwards I was crying and talking with her boyfriend, and he was thanking me and the team for taking care of her and comforting her. I like to think I made her death a little less painful. You can help a person die with dignity.”

Kikuchi admits that she didn’t take a traditional route to medical school. During high school in Santa Clarita, Calif., just north of Los Angeles, she scored her lowest grades in science classes—though she enjoyed anatomy. And what first attracted her to Lafayette wasn’t the academics or small class sizes, which she would later come to appreciate, but a brochure that featured a picture of the rock climbing wall in Kirby Sports Center.

“I thought that was so cool!” she says, “but I ended up going only once or twice.” 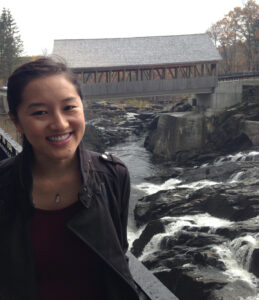 When Kikuchi came east to tour the campus as a high school junior, she felt immediately at home, but her family couldn’t afford the cost of attending the College. She’s grateful for the William E. Simon Scholarship, which covered much of her costs.

“I still can’t believe I was able to get such a great education at Lafayette because of such a generous scholarship,” she says. “I’m so thankful for it.”

She made the most of her education, first pursuing math and then switching to neuroscience. And through the alumni externship program, she shadowed three different doctors—two in Maryland and one in California—who worked in pediatrics, general medicine, and endocrinology.

Still, if it weren’t for further financial assistance, she wouldn’t have been able to go to medical school. She found it by following in the footsteps of her father, a Vietnam War veteran who died when she was six, and joined the Army after meeting a recruiter on campus as a first-year student. She completes her service in 2023; she isn’t sure if she’ll stay enlisted after that. 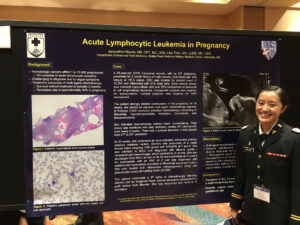 “My husband, who’s also in medicine, is a civilian, and it might be tough for us if I were in the military for another 20 years. It all depends upon where we are and what other training I might need.”

For now, that training involves 12-hour days caring for the women and families who come to Walter Reed for everything from fertility issues and pre-natal care to natural deliveries, C-sections, cancer treatment, and emergencies of all kinds.

“You never know what’s going to come through the door,” she says. “Things can change at the drop of a hat.”