From Glow Worms Abroad to Hunger in Easton 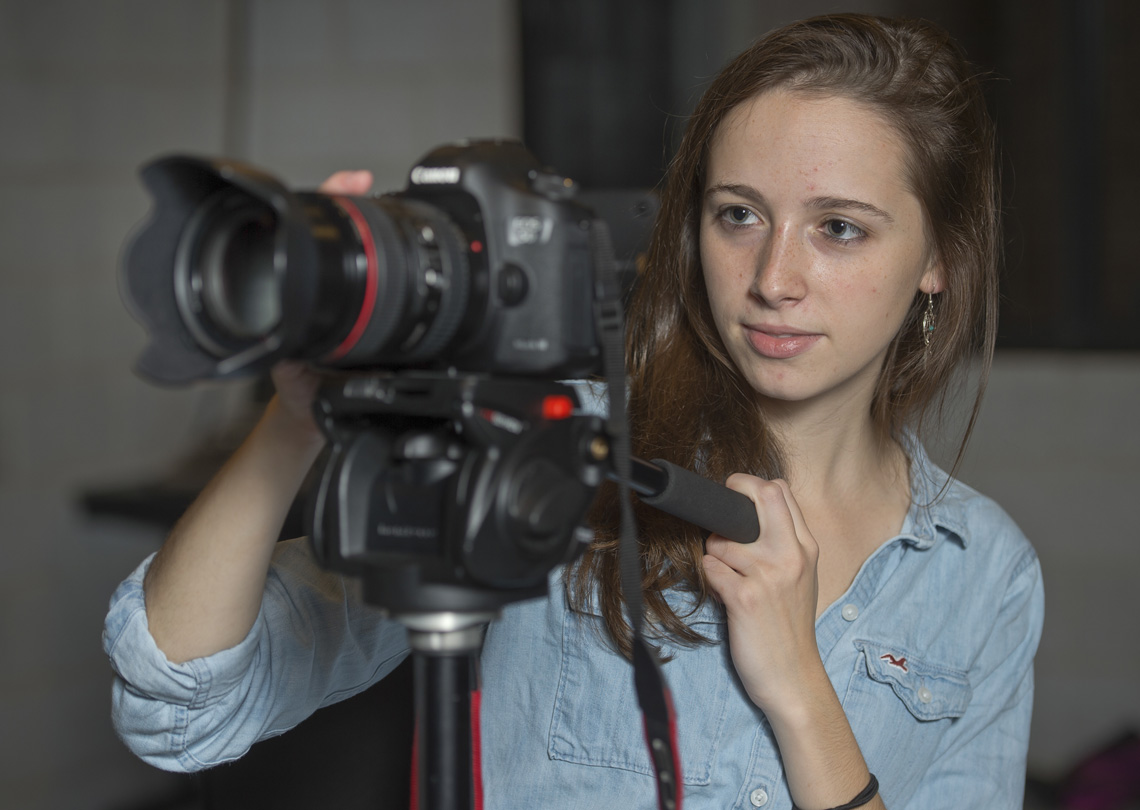 “Everybody’s life has these moments where one thing leads to another,” the filmmaker Peter Jackson once said. “Some are big and obvious, and some are small and seemingly insignificant.”

For Jackson, the visionary behind the Lord of the Rings trilogy, one of those moments was first seeing the original 1933 King Kong movie, which led him at age nine to make his own stop-action version using a Super 8 camera. For Megan Schmidt ’17, a double major in engineering studies and film & media studies, one of those moments was first watching Jackson’s own production extras on the Lord of the Rings DVD set.

“It went into excruciating detail about how everything was done—all the visual components, editing, set design, everything you see on the screen,” she says.

The film itself and the technical explanations not only fed her enthusiasm for the fantasy genre, but they dovetailed with her interest in what might be called the art behind the art, which she had long observed in her mother’s interior design practice and her father’s landscape design business.

Learn how the President’s Challenge for Financial Aid will help more students like Megan. 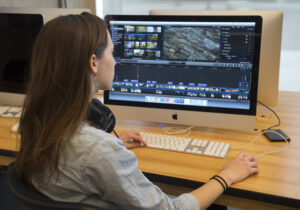 “I was always interested in the art side of film,” Schmidt says. “Directing is something I started to learn more about in the last two years. And I was never interested in acting,” she adds quickly. “I was in one production when I was six years old, and that was quite enough for me.”

Those moments spent watching Peter Jackson’s masterpiece also sparked a dream to travel to New Zealand, where the trilogy was filmed and where Jackson maintains his studio, WingNut Films. The fantasy became reality in the spring of Schmidt’s sophomore year.

“I wanted to do something I knew I’d never do again,” she says. “It was 40 hours of travel just to get there. I also grew up working in a garden center, so I wanted to experience the beauty of New Zealand, and hike and go white water rafting in those amazing landscapes.”

Based at Victoria University of Wellington, the capital city at the southern tip of the north island, Schmidt had time to explore much of the country during her five-month stay. She particularly enjoyed a rain- and snow-soaked four-day hiking excursion to the Northern Tongariro Crossing, as well as a tubing journey through the Waitomo Glowworm Caves.

“There were thousands and thousands of glow worms, and you’re floating in a dark cave in pretty cold water,” she says. “I made a little film with a GoPro camera, leaning back and taking in all the glow worms on the ceiling.”

The 20-minute film on which she is currently working, Networking Hunger, turns a lens on a chronic issue in American life: food insufficiency. It’s a problem she first experienced in her hometown of Pottstown, Pa., which Schmidt describes as a “pretty low-income town.” A few of her classmates at school were homeless and hungry. 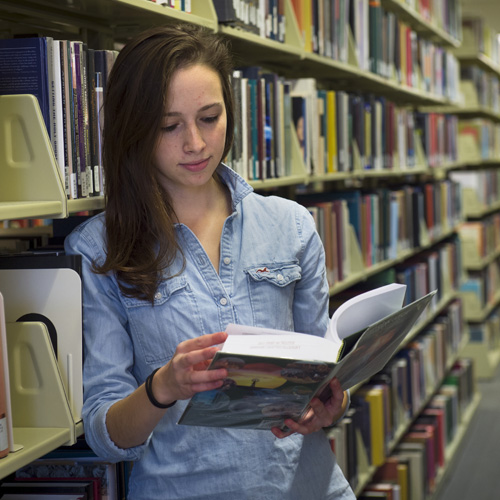 Rather than focus on the problem, though, Schmidt decided to zoom in on people in the Easton area who are working on solutions. It grew out of her experience volunteering to cook weekly meals for residents at Third Street Alliance for Women and Children, a transitional shelter near Center Square that does not provide food, as well as her involvement with Lafayette Hunger Coalition.

The documentary is the capstone project for her film and media studies major. It combines everything she has learned about filmmaking at Lafayette—not just production design, but producing, editing, and directing—and culls from hours of interviews with women and men from 14 organizations in the Lehigh Valley. The “thank-you” list at the end credits 30 people.

In spite of the technological wizardry that so enchanted Schmidt in Peter Jackson’s films, she says over the last few years she has come to learn that tools aren’t the most important thing about making a movie.

And ultimately it was people that drew Schmidt to come to Lafayette in the first place—the professors, admissions representatives, and funders of scholarships, for which she is grateful.

“My scholarship has allowed me to seize opportunities like studying abroad without the burden of additional loans,” she says. “These experiences have broadened my understanding of my studies, encouraged me to travel, and given me confidence. I will graduate empowered to pursue a career I am passionate about.”