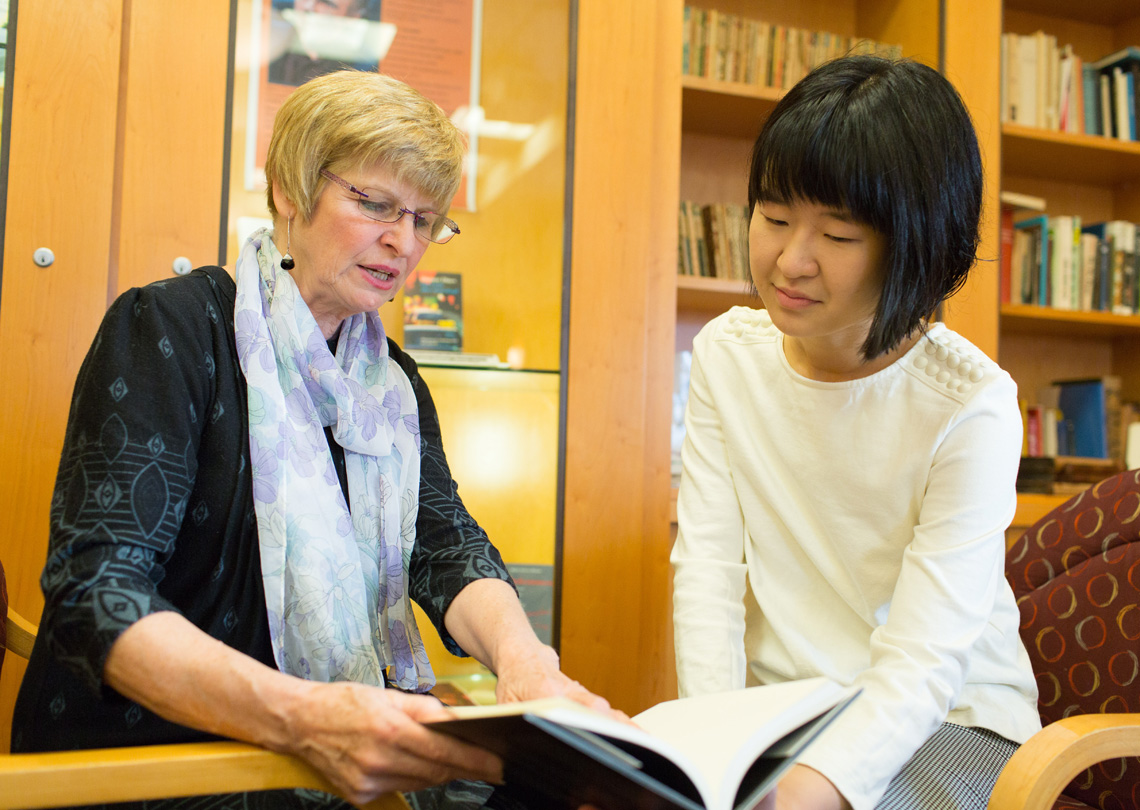 As a middle school student growing up in Zhengzhou—a sprawling city on the Yellow River in east central China, about 350 miles due west of the Yellow Sea—Danhui Zhang ’18 dreamed of becoming fluent in English—and German.

“I knew I wanted to be a scientist or chemist, and Germany was always an interesting place to me, where great inventions were created,” she says at a rapid clip. 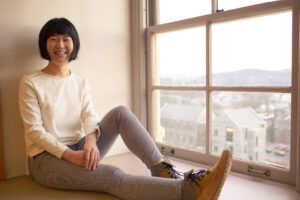 Zhang’s mother had other ideas. She preferred her daughter focus on English, the language of global commerce. And Zhang did attain English fluency when she won a four-year scholarship to National Junior College, a secondary school in Singapore.

However, she yearned to immerse herself in the native tongue of Carl Wilhelm Scheele, Emil Erlenmeyer, and Albert Einstein. So although she arrived at Lafayette as a chemical engineering major, she simultaneously dove into das Laboratorium in Hugel Science Center and the Klassenzimmer of the Foreign Languages & Literatures Department in Pardee.

Learn how the President’s Challenge for Financial Aid will help more students like Danhui.

While she enjoyed her introductory German courses on College Hill, her opportunity for true immersion came this past summer, when she participated in the Summer German and Culture Immersion Program in Bonn, taught by Margarete Lamb-Faffelberger, professor of foreign languages and literatures, and instructors from the Academy for International Education. Zhang is quick to mention that she never would have been able to participate without help from the Marina C. Peterson ’10 Study Abroad Fund.

“I’ve always wanted to join this program, but with my financial situation I wasn’t able to afford it,” she says. “I immediately applied for it, I got the scholarship, and it was such a great experience.” 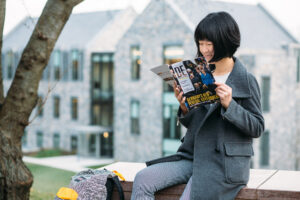 Zhang learned much in her intensive language classes, but her summer residence in the birthplace of Beethhoven and the German constitution allowed her to delve into German history and culture, too. Her class toured the twin-spired Cologne Cathedral to the north, walked amongst the Roman ruins in Trier to the south, and skirted over to France to survey Omaha Beach in Normandy. A key part of the program was living with a host family, who shared with her their views about Brexit, the Syrian refugee crisis—and soccer.

“Whenever we had dinner, we always had a long discussion about what they wanted to know about me, and about Germany,” she says. “The host dad, Helm, loves soccer. The Euro Cup happened when I was there, and at one point, it was England versus Iceland. Everyone supported Iceland. Normally Germans support smaller teams.” 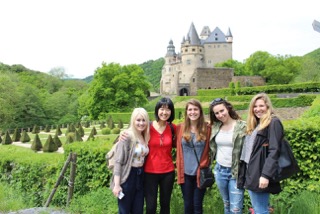 Along with insights from her host sister, Daria, who had studied abroad in Turkey and was interning with DHL; Helm, who works as a gardener; and host mother Hilde and brother Kolja, Zhang became more fluent.

“I definitely improved my language a lot,” she says. “It got me out of my comfort zone and to learn more German. It helped me to conquer my fear.” 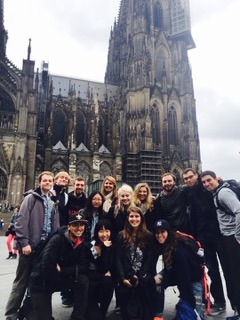 Zhang, who has added majors in international studies and German, hasn’t fully discerned her post-college plans. She’d like to stay in the United States and has been thinking about both graduate school and a full-time job. In the short term, she hopes to get an internship this summer in manufacturing or supply chain management. Whatever happens, she believes Lafayette is preparing her well for the future, and she is grateful for her opportunity to enroll from China via Singapore.

“When I was looking at colleges, I applied to a bunch of schools,” she says. “I didn’t have the money to come to America to visit. I chose Lafayette because they were so personal and offered very nice financial support. You know you’re going to get more time with your professors. Whenever you go anywhere, you know the names of people.”