Taking the Guesswork Out of Dam Safety 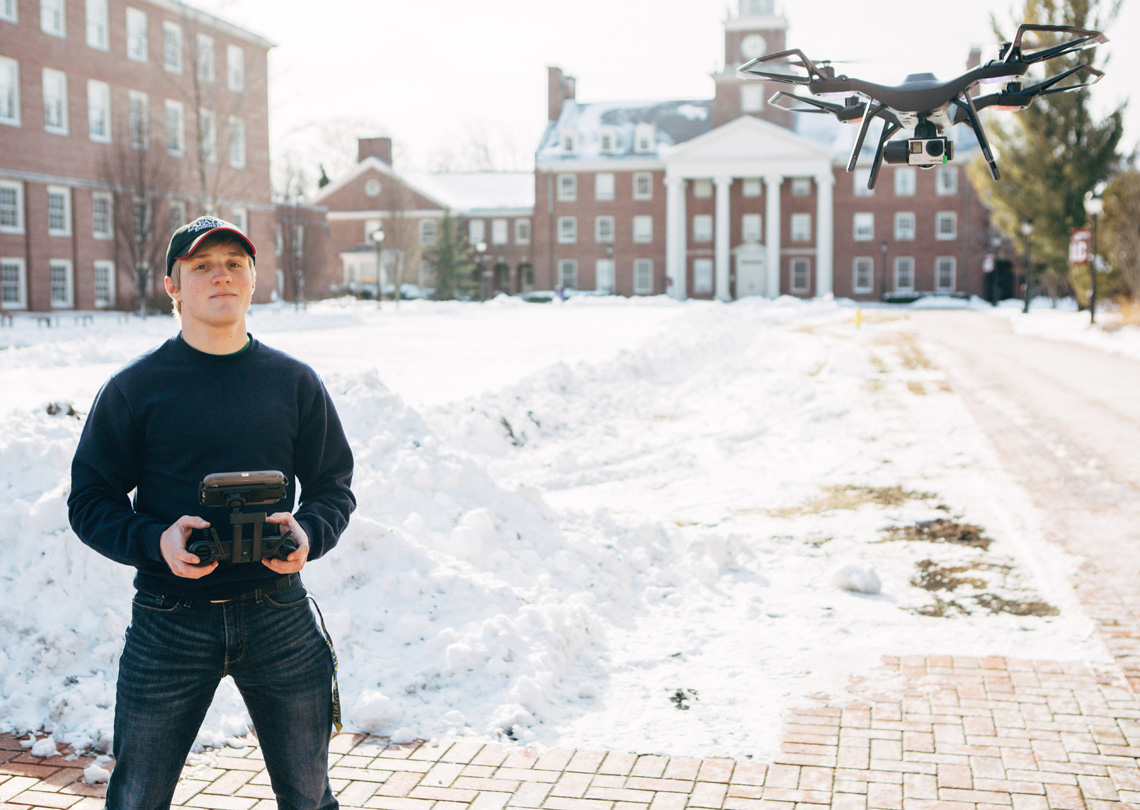 Given the recent evacuation of nearly 200,000 people in Northern California due to the eroded spillways of the Oroville dam, research by Travis Shoemaker ’18 on dam inspection methods seems particularly urgent.

“It is really interesting how maintenance and inspection of that dam had been overlooked during the many years of drought,” says Shoemaker, a civil and environmental engineering major.

Shoemaker’s research does not address spillways; instead, it provides a potentially better method for evaluating the outer layer of rocks (called “rip-rap”) that holds the sides of the dam in place, preventing water from eroding the smaller particles of soil underneath. Currently, a dam’s safety is established by a trained inspector who walks the length of the dam and looks at the rock.

“It’s very subjective,” says Shoemaker. “We’re in the twenty-first century and we have people looking at [the rip-rap] and deciding if it looks good or doesn’t.”

Shoemaker and his mentor, Michael McGuire, assistant professor of civil and environmental engineering, want to update the process. In fall 2015, Shoemaker started working with McGuire on an EXCEL Scholars project that uses laser scanning and photogrammetry technologies to create 3D images of dam slopes.

“The trouble with the remote sensing technology,” comments Shoemaker, “is that there’s no secondary software to do anything with the [collected] data.”

Shoemaker wrote a software program that uses the 3D data from the remote sensing technologies to estimate the size of rip-rap. Once a computer has the data, it can estimate the quality of the rock slope according to a couple of parameters. The rock slope can then be analyzed for potential weaknesses. 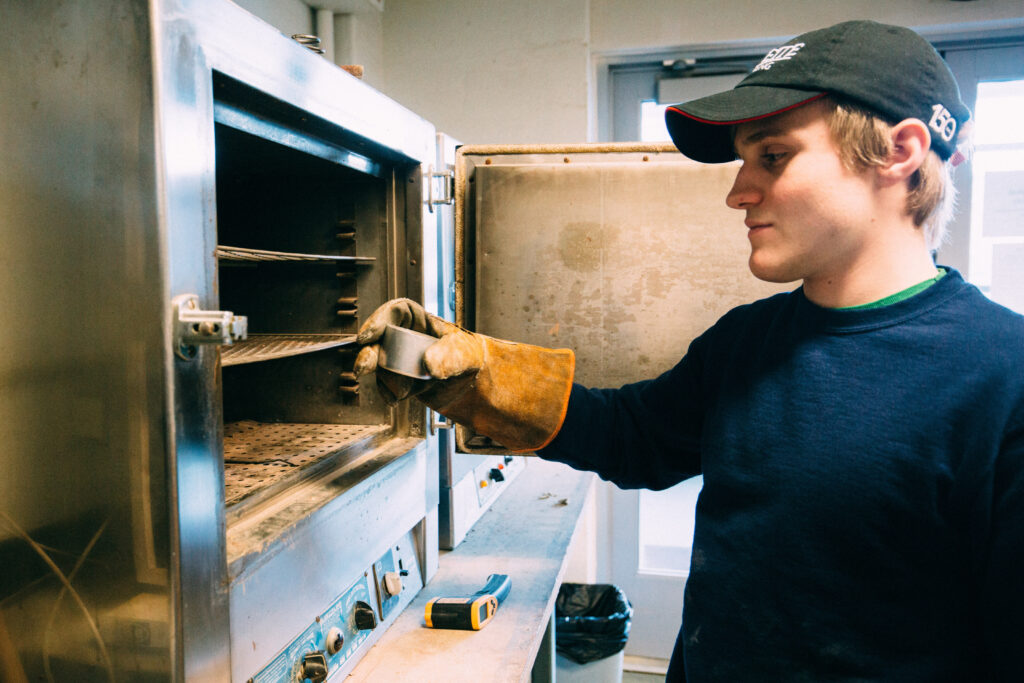 “The map shows the areas most likely to be problem spots,” says Shoemaker.

In addition to writing software in the programming language Python, Shoemaker had to get down and dirty on the dam, measuring rocks at 27 locations across three sites to verify the accuracy of the data the sensors were collecting.

In October, Shoemaker presented a paper he co-authored with McGuire and Guilaine Roussel, a practicing dam engineer, at the national Dam Safety Conference run by the Association of State Dam Safety Officials. This month, Shoemaker will present his research as one of six finalists for a student research competition at the Geotechnical Frontiers conference in Orlando, Fla. In addition, he will present his work at the David and Lorraine Freed Undergraduate Research Symposium at Lehigh University and at the National Conference on Undergraduate Research (NCUR) in Memphis, Tenn.

Shoemaker continues to add to the software program, and the team is hoping to do more physical fieldwork and testing at three sites in New Jersey this spring. 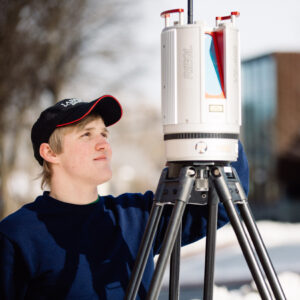 His senior year, Shoemaker is planning to add a major or minor in geology because he eventually plans to go to graduate school in geotechnical engineering, a field in which a working knowledge of geology is considered advantageous.

Shoemaker is taking on a few other projects. He and others are hoping to start a student chapter of American Concrete Institute at Lafayette since David Mante, an expert in concrete, has joined the faculty as a visiting assistant professor. Meanwhile, Shoemaker and his colleagues are working on a reinforced concrete beam that they will enter in the Eastern Pennsylvania and Delaware Chapter of the American Concrete Institute’s Annual Student Beam Competition.

Shoemaker is the first in his family to attend a four-year college, though he shares an interest in technology with his father, a mechanic of computer numerical control (CNC) machines, which automate the use of tools in manufacturing.

“I made the right choice,” Shoemaker says of his decision to attend Lafayette over Lehigh. “At Lafayette, any student who is committed to working with a faculty member can do so. I don’t know any professor who wouldn’t be willing to work with you.”

“The number two reason I chose Lafayette was the scholarship,” says Shoemaker. “Without that aid it would not be possible for me to be here. I am grateful for the aid that has made my education possible.”