When Don Harris ’74 was in high school and considering colleges, he targeted Lafayette because it was the best engineering school on his list. However, once he arrived, it didn’t take long to realize that—at that point in time—engineering wasn’t a good fit for him.

“I was willing to work, but not at the level that’s required to be a successful engineering candidate,” says Harris, who grew up on Long Island. “I preferred to stay under the radar.” 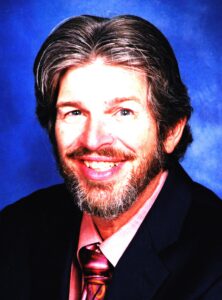 Harris graduated with a degree in psychology, but his attraction to engineering never faded. That magnetic pull—combined with the realities of the software design and development job market and the popping of the real estate bubble—brought Harris back to Lafayette in 2009 as an engineering student.

“In my first semester, the other students didn’t know what to make of me,” notes Harris, who was in his 50s when he returned to earn a degree in civil engineering. “Most of them thought I was another professor who was sitting in on the class. But, by the end of my first year, I had made friends.”

There were two main aspects that had changed significantly since Harris first attended the College in the 1970s. The first was the makeup of the student body.

“When I was there originally, Lafayette was just going co-ed, so there are a lot more women now,” Harris says. “They certainly have raised Lafayette’s academic levels.”

The second major change was Harris’ own makeup.

“I had a lot more discipline and gained some of the fundamentals—such as math—that I had skated through earlier,” says Harris, who commuted to Lafayette from his home in New Jersey. “This time, I had a much better grasp of them. I treated school like a job; not a bad job, but a job. Having a course assignment was like having an assignment at work, whether it was over one day, three weeks or six months.”

During his professional career, Harris worked as a software design engineer at Texas Instruments, as a senior programmer/analyst at Neiman Marcus Information Services, and in real estate, so he was used to extended work weeks and working as part of a team.

Through discipline and hard work, Harris earned his civil engineering degree in 2013. Although he now works as a construction site supervisor for Habitat for Humanity, his connection to Lafayette remains strong.

“I very much enjoyed it and I’m very proud of the work they did,” Harris says. “Every cut they made was a perfect fit. One of the great aspects of the Lafayette engineering program is that it gives students opportunities to gain hand-on experience. It’s not just classroom learning and it’s not just theoretical. Students get hands-on experience, for example, with the end work of an engineer’s design or how to manage a project.”

Harris is a longtime supporter of the Annual Fund and was recognized with membership in the Fleck Consistent Giving Society and the Marquis Society. He and his wife, Lou Ann, also support the Engineering Division with a gift in deferred and current gift annuities. They donated to their respective alma mater through an inheritance that he received, getting a tax benefit and fixed-income payments for life in the process.

“Giving helps to build for the next generation of Lafayette students,” Harris explains. “The engineering department is certainly worthy of support, and I particularly like that the College is doing a lot of interdisciplinary projects because no one discipline lives on its own.

“The best feeling – and it wouldn’t be exclusively through me by any means – is that because of Lafayette’s excellent facilities, students can become better engineers who are better suited to go out and thrive in the world.”