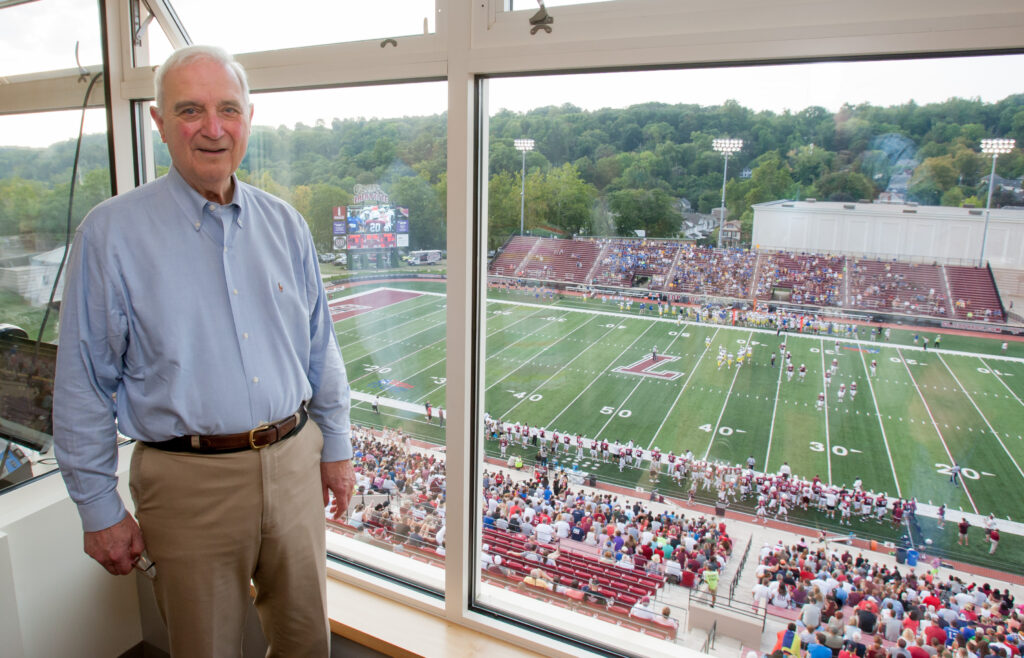 For 62 years, Bill ’57 and Jackie Gano were more than partners in life. They were partners in service.

The couple was inducted on Sept. 10 into the Société d’Honneur, an honorary society formed by the Board of Trustees in 1986 to recognize the exceptional lifetime generosity of alumni, parents, and friends. The 120 members, including 23 inducted during the Live Connected, Lead Change campaign, have strengthened every aspect of campus life.

Bill Gano’s scholarship from Lafayette started their “journey to the American dream.” After earning his economics degree, Gano successfully completed the loop course, which was Bethlehem Steel’s prestigious executive training program, an MBA at Loyola, and executive programs at Harvard and Duke. During his 35-year tenure at Bethlehem Steel, he was promoted to senior management, success born of his understanding of his products and his customers. In 1991, he was named vice president of the Charter Steel Division of Charter Manufacturing. Gano retired from Charter Manufacturing as president a decade later.

While raising three children, Jackie Gano earned her bachelor’s and master’s degrees in education at Towson. For 19 years, she taught elementary students in Maryland. During her career, she declined a promotion to assistant principal because of her passion for working one on one with students. She passed away in April. 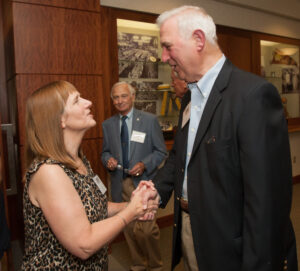 In addition to serving in the Army and Maryland National Guard, Bill Gano was president and an executive board member of the Association of Iron and Steel Engineers. He served on the boards of the Steel Manufacturers Association, the American Iron and Steel Institute, Charter Manufacturing, Kondex Corporation, and Res Manufacturing Company.

The Ganos also volunteered for numerous community organizations, including United Way of Central Maryland and the YMCA and YWCA.

Lafayette has been a focus of the couple’s philanthropy. As Marquis Society sustaining members, they created transformative student experiences through their generosity to the Annual Fund and Maroon Club. They also strengthened the connections between learning and living through gifts to the Delta Kappa Epsilon chapter house renovation. In addition, the couple created a legacy scholarship fund to support deserving students from Nazareth High School in realizing their dream of studying at Lafayette.

Names of Société d’Honneur members are inscribed on Société d’Honneur Plaza, located near the southwest corner of Pardee Hall. Each member receives an exact-scale bronze copy of a statue of the Marquis de Lafayette by noted French sculptor Aimé-Jules Dalou (1838-1902). The original from which the recastings were made was presented to the College in 1950 by Allan P. Kirby ’15 and is housed in the Kirby Library.