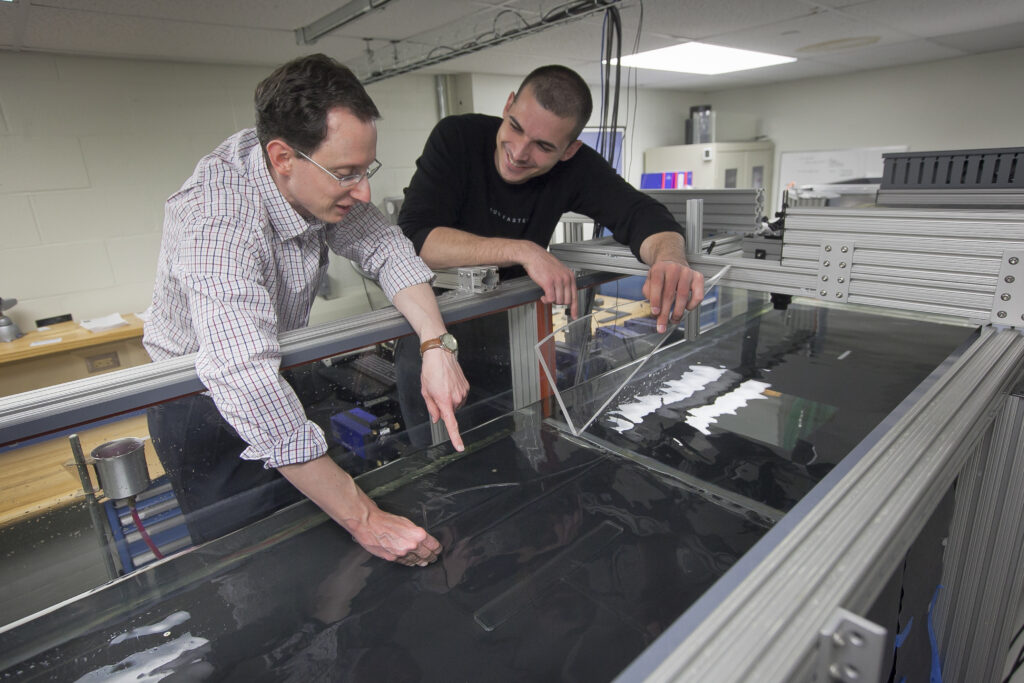 In his grandparents’ yard on the Bulgarian countryside during a sunny summer day, Atanas Angelov ’16 was studying Stokes’ theorem in vector calculus.

As the rising junior plowed through doctorate-level mathematics, he was distracted by the scent of cows ambling down the road, just five feet in front of him. Looking up and beholding the bovines, and beyond them, the convergence of two mountaintops, Angelov was struck by the convergence of two worlds – this bucolic setting in his homeland and the intense pursuit of knowledge at Lafayette.

“I felt blessed to be able to do work like that, surrounded by nature in a place I enjoy so much,” he says.

His gratitude goes to professors who provided exceptional learning experiences and to the man who, perhaps more than anyone, made his Lafayette education possible. Walter Oechsle ’57, along with his late wife, Christa, funded a scholarship for international students like Angelov, especially those from Eastern Europe.

“Without aid, I wouldn’t have been able to come here,” he says. “I’m grateful beyond words.”

(Oechsle, a member of the Board of Trustees from 1995 to 2004 and a major donor for a number of Lafayette buildings, programs and scholarships, passed away June 30.)

That summer in Bulgaria, the mechanical engineering major was completing an independent study supervised by James Schaffer, professor of chemical and biochemical engineering. The project arose from his many discussions with Schaffer about engineering and topics far afield of the discipline.

“I saw a great teacher and wanted to learn from him,” Angelov says.

It was one of several occasions when curiosity and connections brought him a challenge that satisfied his deep intellectual curiosity.

Schaffer introduced him to Scott Reamer ’93, chief investment officer at Chora Capital in Boulder, Colo. Among other projects over the next 20 months, Angelov did computer coding related to an investment strategy that analyzes the informational value in sets of stock prices.

“It was a unique and amazing experience that I, to this day, am very thankful for,” he says. “He saw something in me that he sees in himself; he calls it being a polymath.”

Angelov further explored the world of finance last summer in an internship at Barclays Investment Bank in New York City. He worked in a new area for Barclays, trade capture, investigating fluctuations in risk and profit loss, often to help traders understand what they did wrong.

“We were fixing things that would have cost the bank a lot of money,” he says. “It was a great place for me. It was part of my job to understand a lot of the bank’s functions and the synergy among divisions. I networked with a lot of different desks and divisions.”

Angelov focused on his honors thesis during his senior year. His adviser for the project was Daniel Sabatino, an assistant professor of mechanical engineering who had introduced him to fluid mechanics after he came looking for a research opportunity as a first-year student. 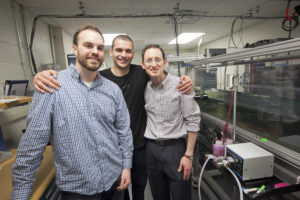 “What I loved most was his mentorship and knowledge,” says Angelov. “He had worked in industry for 10 years and is a very curious person.”

He worked in fluid mechanics for Sabatino, who also connected him with Joshua Smith, associate professor of mechanical engineering, who had him work in heat transfer. He produced problems that the professors will assign students in their elective courses.

For Angelov’s honors thesis, Sabatino suggested a problem involving jet-engine efficiency. Angelov conducted preliminary experiments in the Water Channel for Undergraduate Turbulence Research in Acopian Engineering Center, then used computer simulations to design a new test apparatus to generate vortices in the channel so their behavior could be examined in detail. Another mechanical engineering major, Todd Koehler ’16, ran simulations of his experimental setup that provided Angelov with useful information for making adjustments.

Their work was significant enough that Tom Praisner, acting discipline chief for turbine aerodynamics at Pratt & Whitney, a leading manufacturer of aircraft engines, met weekly with the team. Sabatino, a former colleague of Praisner, connected him with the students.

“This is a multi-year project,” says Sabatino. “Atanas and Todd were both successful in meeting their goals, but getting insights is probably a year in the future. Atanas’ work is enabling EXCEL and then thesis students to follow his work and perform experiments to get those insights.”

Angelov has accepted a job offer with Markit, a global financial information services company. He plans to spend a couple more years in the United States before returning to Bulgaria. He seeks a career that will satisfy his love of learning and, perhaps, enable him to follow in Oechsle’s footsteps as a philanthropist.

He has fond memories of the Thanksgiving spent with fellow Oechsle Scholarship recipients at the benefactor’s Florida home during his sophomore year.

“It was so impressive to see how kind, humorous, and open-minded he was,” he says. “The reason he provided the scholarship, he told us, is that when he came here [from Germany], he was also on scholarship. It’s the only reason he was able to come to the U.S. and become a success. It inspires me to hopefully one day do the same thing.”