A high school athlete with good grades in Buffalo, N.Y., Norm Riley ’56 wanted to attend a top-notch college. His family was supportive, but the money wasn’t there. Hope came in an opportunity to compete for a scholarship promoted by the area Lafayette alumni chapter.

“I was thrilled and jumped at it,” Riley says. “My family would not have had the financial resources to send me to a fine school like Lafayette.” 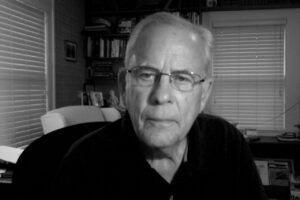 Students from several different high schools interviewed during a dinner event at the University Club of Buffalo. Three of them were selected as finalists and brought to campus for a pre-admission visit.

“Luckily, I was the one selected to receive the scholarship,” says Riley, who majored in international affairs. “That changed everything for me. I’ve been grateful to Lafayette ever since.”

A dedicated donor and a member of the Fleck Consistent Giving Society, which honors alumni, parents, and friends who recognize the value of consistent support for the College, he also decided recently to put Lafayette in his will with an unrestricted gift.

“I’m not a wealthy person,” he says, “but I would like to repay the college and help some other needy student in the future enjoy the fine education and the increased opportunities in life that a college degree, particularly from a school like Lafayette, would allow.”

For Riley, those opportunities included his first job out of college at General Mills, where he began as an entry-level sales trainee, as well as stints at Scott Paper Co. and the Reeves Brothers manufacturing firm. He used these experiences to found a small company focused on sales and marketing of rubber and plastic parts used in industrial applications.

“Most people would agree that there’s higher risk in working for yourself,” he says. “If you fail, you’ve got nobody to blame but yourself. But the rewards are better, too, not just financially, but just the freedom to make your own decisions. I much enjoyed that as opposed to working for someone else.”