In Pursuit of Literary Treasures

It’s the thrill of the hunt that drives Chuck Werner ’62, who channels his passion for books and love of learning for the benefit of great institutions, including Lafayette College, the Metropolitan Museum of Art, and The Book Cove in Pawling, N.Y.

Werner has been on a mission for the last 14 years to obtain rare and out-of-print books related to the Met’s collections for the museum’s Thomas J. Watson Library.

“It could be as simple as a 1960s gallery exhibition catalog,” he says, “or something more rare, like a 19th century trade catalog on the decorative arts.” 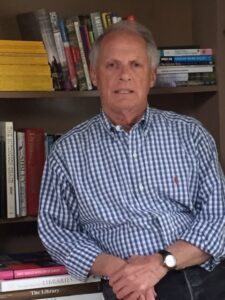 He combs through printed catalogs, dealer lists, and online resources for his finds. He also keeps a lookout in book stores and at antiquarian book sales. He performs similar volunteer service for the Four Arts King Library in Palm Beach during his winters in Florida.

Werner is a member of the Executive Council of the Friends of Skillman Library and has donated more than 100 books on contemporary art to Lafayette. Each year in April, he and Joe Nechasek ’62 get together with College Archivist Diane Shaw for lunch at the New York Antiquarian Book Fair.

Werner recently made a provision in his will that will increase the impact of the endowed scholarship fund he established at the College.

“I did it because I had a great experience at Lafayette as far as education and making lifelong friends was concerned,” he says. “Also, I admire how the school is growing. I want to be supportive of that.”

Werner’s scholarship fund benefits students in international affairs, his own major at the College.

“Those studies really opened my eyes to the world,” Werner says. He applied his learning after graduation while studying in France on a Fulbright Fellowship, serving in Army intelligence in Korea following a year of training, attending the Fletcher School of Law and Diplomacy at Tufts, and dealing with international firms in corporate banking before finishing his career on Wall Street.

The Book Cove? Werner is the owner of this independent book store in Pawling Village. He bought it following his retirement in 2001 because he believed it was a vital asset to his community and wanted to keep it from closing.

While perennially battling competition from online and big box outlets, the store has done quite well in the last year or two, Werner says, citing some positive trends, including a return from e-books to physical books; the calming, even therapeutic appeal of adult coloring books; and Baby Boomers purchasing children’s books for their grandchildren.