More than 200 emerging student leaders heard stories of “success and successful failure” from noteworthy alumni who know something about both during the 20th annual Lafayette Leadership Institute. This year’s institute, themed “Stories of Student Leadership: Past, Present, and Future,” featured 15 former student leader Interns of the Institute, starting with the first conference in 1996. Institute founder Pam Brewer, who retired this year as Director of Student Leadership and Involvement, was also honored for her service to the College.

Read a sampling of what the alumni presenters had to say about leadership. “Lafayette afforded me innumerable opportunities to explore, risk, succeed and sometimes fail.  In those instances when things didn’t quite work out, the staff and faculty at Lafayette mentored and encouraged me to recover, reflect and try again.  Overtime I began to understand that perfection was an illusion and my real failures stemmed from ignoring my mistakes or opportunities missed because I was afraid.  I would encourage Lafayette students to challenge themselves to take informed risks in their leadership, to not be afraid of failure, and when it happens, learn from it and try again.”

James L. Kohl Ph.D. ’97 currently serves as the Dean of Student Affairs and Enrichment at the University of Massachusetts Lowell. In this role he works to envision, create, and drive a holistic university experience for over 14,000 graduate and undergraduate students.

“Leadership involves time management, delegation of tasks and being able to come up with a back-up plan under pressure. Every organization or team or business you lead will face challenges. Being a great leader isn’t about ensuring a dilemma-free experience; rather, it is about responding to the emergencies in a professional and resourceful manner, asking for help when you need it, and giving credit to those who step up and show leadership.”

Caitlin Flood ’12 graduated with a bachelor of arts in government and law and philosophy. She is currently a third year student at New York University School of Law. She is a student advocate through the Legal Aid Society Juvenile Rights Project where she defends young people accused of delinquency charges in Brooklyn Family Court. After graduating, she will work as an Assistant Deputy Public Defender at the New Jersey Public Defender. At Lafayette, she was the president of Alternative School Break and a Program Coordinator for Kids in the Community after-school program through the Landis Center. 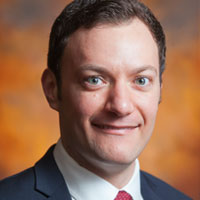 “Leadership, like the law, is all about practice. Even the best leaders have to practice being leaders; it’s a continuous process. Lafayette taught me if something doesn’t work, try it again; persistence is the key ingredient.”

Nicholas Keller ’09 is an attorney, recently admitted to practice law in New Jersey and pending admission in New York. He earned his juris doctor from Seton Hall University School of Law in Newark, New Jersey. Presently, he is the law clerk to the Honorable Peter E. Doyne, Assignment Judge, Bergen Vicinage, who graduated from Lafayette College in 1973 with a bachelor of arts in philosophy. Next year, he is clerking for the Honorable John C. Kennedy, in the New Jersey Superior Court, Appellate Division. During his tenure at Lafayette, Keller was the president of the Lafayette Activities Forum and the student-leader intern for the 2009 Lafayette Leadership Institute. He was also a member of Sigma Iota Rho, Psi Chi, and Sigma Delta Pi. At Seton Hall, Keller was the student director of the Appellate Advocacy program, a member of the Seton Hall Circuit Review, and a senator for the Student Bar Association. 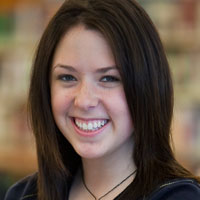 “Learning that leaders aren’t always the ones with the loudest voices or in the highest positions has allowed me to be a leader even in my more entry-level positions.”

Amanda Pisetzner ’10 is an Associate Producer at NBC News’s Peacock Productions. In the past three years she has worked on over 30 shows airing on networks like NBC, TLC, Discovery and others. Amanda got her start in TV through the NBC Page Program where she held assignments at MSNBC, SNL, and CNBC. Before TV, Amanda worked in the non-profit sector in New York, and remains involved in community affairs as a 2014 New Leaders Council Fellow. Amanda graduated Lafayette in 2010 with a dual degree in English and her self-designed major “Studies in Equality and Social Justice.” While at Lafayette she served as Student Government President, LLI Intern, Landis Volunteer, and Club Softball member. 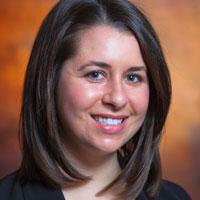 “My leadership opportunities at Lafayette provided me with a range of lessons. Early on, I experienced leading in a group dynamic as a member of Cadence Acapella group and Tech Clinic. I learned the importance of considering varied perspectives, truly listening, and sharing responsibilities for a greater good.”

Alexis Siemons ’05 is a tea consultant and writer living in Philadelphia. Her recipes and stories have been published in Anthology, Grid Magazine, Philadelphia, Women’s Health, Kinfolk, Remedy Quarterly, and Design*Sponge. 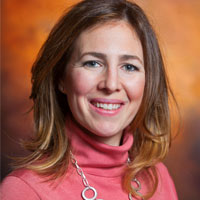 “Working in team environments at Lafayette benefited me tremendously throughout my professional career. I gained the ability to be an effective team member, learn when to step up into a leadership position, and how to communicate and gain the buy-in from any audience to whom I was speaking.”

Allyssa Tzavlakis ’01 received an MS-ECE from Northeastern University in 2004. She began her career as a digital design engineer for MITRE Corp, a federally funded research center supporting U.S. Department of Defense. Her engineering career continued to advance, most recently as project engineer for Exelis Corp managing engineering staff and interacting with customers on multi-million dollar aerospace defense projects for several government agencies and countries. She left the full-time work force in 2007 to become a stay-at-home mom. Since leaving, she has been president and board chair of Watchung Cooperative Preschool, a member of North End Elementary School’s Principal’s Committee, and consultant for ExcelRainMan and Exelis. 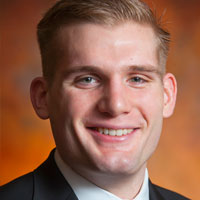 “…One thing I learned at Lafayette is that being the young [alumnus] in a professional context should never keep you from taking initiative. If you have a comment or a suggestion to make, and that suggestion is inarguably in the better interest of your professional group, no one will object because you’re young, people will listen because it’s good, productive thinking.”

Brad Bormann ’14 is currently teaching chemistry and environmental science at Fast Track Success Academy, a public reengagement high school in Newark, New Jersey, through Teach For America. He is also working on his medical school applications, and plans to matriculate in fall 2016 following his teaching post. Brad was a biology major with a minor in English, and relished leadership roles through the 2014 LLI, Experience Lafayette Day, Kaleidoscope, and the football team. Brad was the recipient of the 2014 George Wharton Pepper Prize, and is thrilled to begin his Lafayette alumni relationship today. 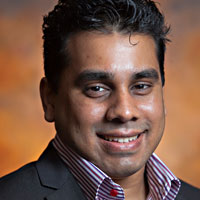 “We often tend to understate our skills and capabilities, and as a result, set arbitrary limits to what we can hope to achieve. But there is no limit to what we can achieve as an individual and as a group, as long as we fully understand how to confidently exploit our strengths, and are willing to work hard.”

Mevan Jayasinghe ’08 is an assistant professor of human resources and labor relations at Michigan State University. He received his Ph.D. in management and human resources from University of Wisconsin-Madison. His areas of expertise include international human resource strategy and negotiations. He received the prestigious Industry Studies Association Dissertation Award for his research on the apparel industry. Mevan graduated from Lafayette with a B.S. in biology and an A.B. in economics and business. He was president of the International Students Association, and received the Jeffrey D. Robinson ’80 Leadership Award and the People’s Choice Award.

For the past 13 years Matthew Plunkett ’99 has worked in a variety of capacities at The Brearley School, an all-girls school in Manhattan. He currently serves as a history teacher for ninth grade, the Head of Class VIII/IX, and varsity soccer coach. Prior to Brearley, Matthew taught in a charter school in East Palo Alto, Calif., worked as a research assistant at Trinity College, Dublin, and worked the various odd jobs associated with people in their 20s.

“Lafayette provided me with a supportive and challenging environment to grow, with a strong academic foundation.  I would encourage Lafayette students to get involved, seek out the support of mentors, and establish relationships with fellow students, staff, and faculty as those relationships will translate to life off the Hill.”

Colleen W. Cardella ’06 graduated from Lafayette with a degree in biology. Cardella went on to complete medical school at the Wake Forest School of Medicine, and her residency training in Charlotte, N.C. She is now a practicing OB-GYN in Charlotte where she lives with her husband Marc ’06 and their daughter. At Lafayette she was involved in ASB, crew team, Landis Outreach Center, and served as president of Alpha Phi and the Panhellenic Council.

“Genuine leadership is developed over time and is a combination of an individual’s desire to lead and exposure to strong leaders as mentors. LLI provides students with opportunities to learn about the values of leadership so they can emerge as leaders themselves. “

Carrie Damico Casey ’00 is an associate director of clinical management at PPD, a Wilmington, North Carolina-based Clinical Research Organization (CRO). After earning an A.B. in biology from Lafayette, she began work in the pharmaceutical research industry gaining a start at Merck & Co. In her current role with PPD, Carrie is responsible for overseeing the delivery of clinical trials on behalf of PPD for major pharmaceutical companies leading to product approval by the FDA and other regulatory authorities. In addition to managing a team of 13 managers, she leads several global department initiatives for the company. She has been recognized for her cross-functional and multicultural leadership abilities. During her time at Lafayette, Carrie was a four-year, dual-sport athlete. As a member of the field hockey and lacrosse teams, she contributed to four Patriot League Championship titles for Lafayette College. 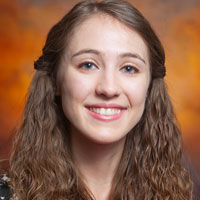 “Push yourself outside of your comfort zone. The best way to improve your leadership skills is to challenge yourself with new endeavors.”

Lauren Howland ’11 is a doctoral student studying reproductive epidemiology at the University at Albany School of Public Health. She currently serves as a teaching assistant within the Department of Epidemiology, teaching coursework on introductory epidemiology and computer programming for data analysis in public health. Howland received her master’s degree in public health from University at Albany in 2014. She has worked for a variety of organizations, such as the New York State Department of Health and the Alden March Bioethics Institute, conducting research on maternal and child health issues. She graduated from Lafayette College in 2011 with a bachelor’s degree in neuroscience. 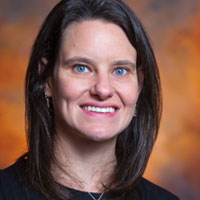 “In my current position I work in multidisciplinary teams, a skill which was particularly developed at Lafayette.”

Meghan Ramsey ’04 graduated with a degree in neuroscience. After graduation, Meghan attended medical school at Stanford University where she also completed internal medicine residency. During residency, she spent time in an AIDS clinic in KwaZulu-Natal, South Africa. Meghan then spent one year as a chief resident, and now continues her studies as a pulmonary and critical care fellow. Meghan is studying health care delivery innovation to improve patient outcomes, patient experience, and lower overall healthcare costs. As part of this work she has travelled extensively throughout the country and abroad, examining intensive care units. 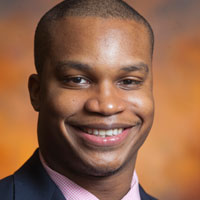 “It is imperative you prepare. Prepare for things both seen and unforeseen. You won’t be able to conquer everything but with a disciplined work ethic you will be ready when the opportunity comes knocking.”

Glenford Robinson ’13 graduated from Lafayette with a degree in neuroscience with a bioengineering minor. As a Posse Scholar, he maintained various leadership roles on the Lafayette campus including head facility supervisor of Recreational Services, resident adviser, student researcher, and the 2012-13 student leadership intern of the Lafayette Leadership Education Committee. He is currently a second-year medical student at SUNY Downstate College of Medicine. His current research interest includes the structural categorization of nucleoporins, work he was fortunate to complete under the guidance of Nobel Laureate, Günter Blobel, at The Rockefeller University in New York City.